THE POINT OF A JOURNEY

The Point Of A Journey 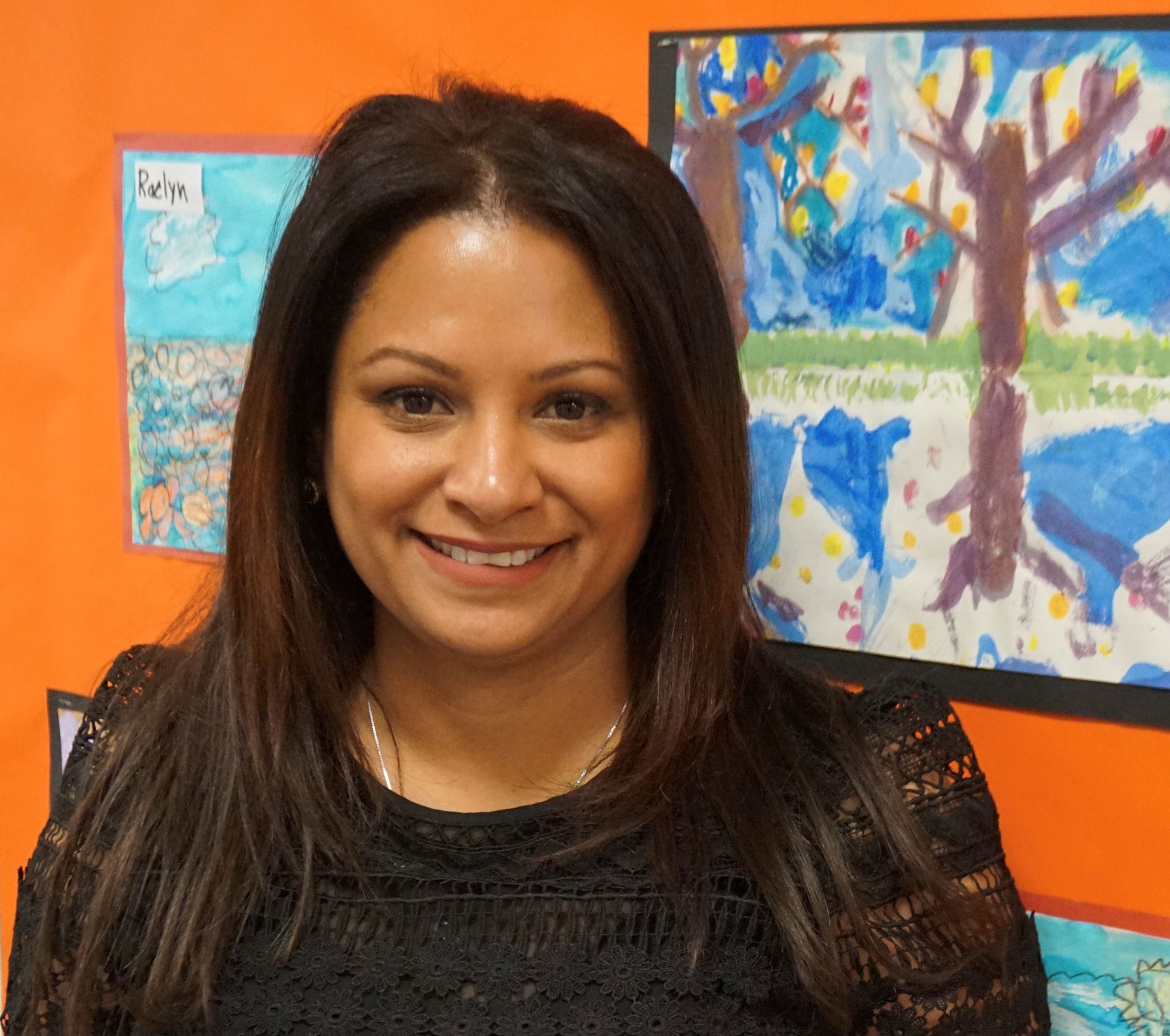 Sharolyn Plungis is never one to shy away from adventure. As the new full-time Spanish translator for the Middletown School District, she's working on building bridges between English Language Learners, their parents and the schools.

FOR IMMEDIATE RELEASE
CONTACT: Matt Sheley at (401) 712-2221 or msheley@middletownri.com

THE POINT OF A JOURNEY

MIDDLETOWN, R.I. (NOVEMBER 17, 2021) – When she left her homeland of the Dominican Republic at 17, Sharolyn Plungis wasn’t sure what was in store.

Despite the reservations of family and friends, Plungis said she knew she needed to experience life outside the small Caribbean island, wherever it may lead.

Heading to Boston where an aunt lived, Plungis worked hard for a travel agency and Walmart, eventually moving up the ranks to manage a superstore in Connecticut with a $119 million plus budget for the retail giant.

Today, Plungis is the new Spanish translator for the Middletown School Department, trying to build bridges between students, parents and teachers while never forgetting the journey along the way that led her here.

“At the time, I thought it was exciting,” Plungis said of leaving the Dominican Republic. “If you asked me if I’d do it now, I’d probably say ‘No way.’ It would have been easier to stay at home, with everything that’s there, but that’s not what seemed right.

“I needed to experience the world, to travel and see where I might end up. It’s a story a lot of people I work with know. The parents who might not speak English but come here for work and want something better for their kids.”

The wife of Charles Plungis, the couple lives in Portsmouth and has two children, Alejandro and Charlotte.

Reading a recent story in the newspaper about the need for a full-time Spanish translator, Plungis said she applied and felt fortunate to be named to the position. Plungis said it was an excellent opportunity to put the skills and knowledge she picked up as an English student at the Harvard Extension School as well as the Community College of Rhode Island, where she studied business administration.

According to statistics, Middletown is seeing a rise in the number of non-English speakers, known as English Language Learners in educational speak. Recent totals showed Middletown schools had about 115 ELLs, or approximately 10 percent of the entire school population.

To assist with servicing those students and parents, the district also recently hired Megan Mainzer, the school’s Family Service Coordinator who is also fluent in Spanish.

“It has been so great that she is here to help translate all the handbooks, fliers home, COVID-19 medical information about testing and other information,” Mainzer said. “She can be at IEP meetings and help teachers send home report cards in Spanish too. It’s all been such a huge help.”

Those additions have been huge for the district, Superintendent Rosemarie K. Kraeger said.

“We’re very fortunate to have Sharolyn as part of our team,” Kraeger said. “She’s very easy to work with and does an excellent job making everyone feel comfortable. It’s only been a few weeks, but we can see the huge difference she’s making and I know the teachers are just thrilled to have her here to help make Middletown schools that much more welcoming to everybody.”

Although she’s been on her job for only about a month, Plungis said she’s already seen a difference – both inside school and out.

“I know when I was announced at Gaudet (Middle School) as the school’s new translator, the teachers and staff applauded,” Plungis said, smiling. “That was totally unexpected, but really nice and it made me feel right at home. The teachers have been so supportive and have welcomed me with open arms.”

“Translating is what I was brought here to do and it’s nice to see when families begin to understand that we truly are here to help them,” Plungis said. “To see their confidence grow and to feel more a part of something special, that makes me feel good.”

Part of that is because when she first moved to Boston after graduating high school, Plungis said she had a working knowledge of English, but was by no means fluent.

“It can be very difficult, to go somewhere where you don’t really know anybody and don’t know the language,” Plungis said. “What I’d tell people is to not be afraid and go for it. If you ask somebody for help, what’s the worst that can happen? They say ‘No?’ Most people won’t say no.”

“Be confident in yourself and what you can accomplish. It’s not going to be easy and it will be a lot of hard work, but I’d say it’s worth it every time. It’s been very nice to be here. Everyone has been so supportive. It’s certainly not retail, which can be cutthroat. I don’t miss that at all.”

As for advice, Plungis recommended everyone be their own advocate.

“It feels good to help and give back,” Plungis said. “Working directly with students and families, it’s not just helping with the language, but also the technology. It’s similar to work I did at Walmart, being here to help people. It’s pretty cool to see when that confidence grows for a student or their parents.”